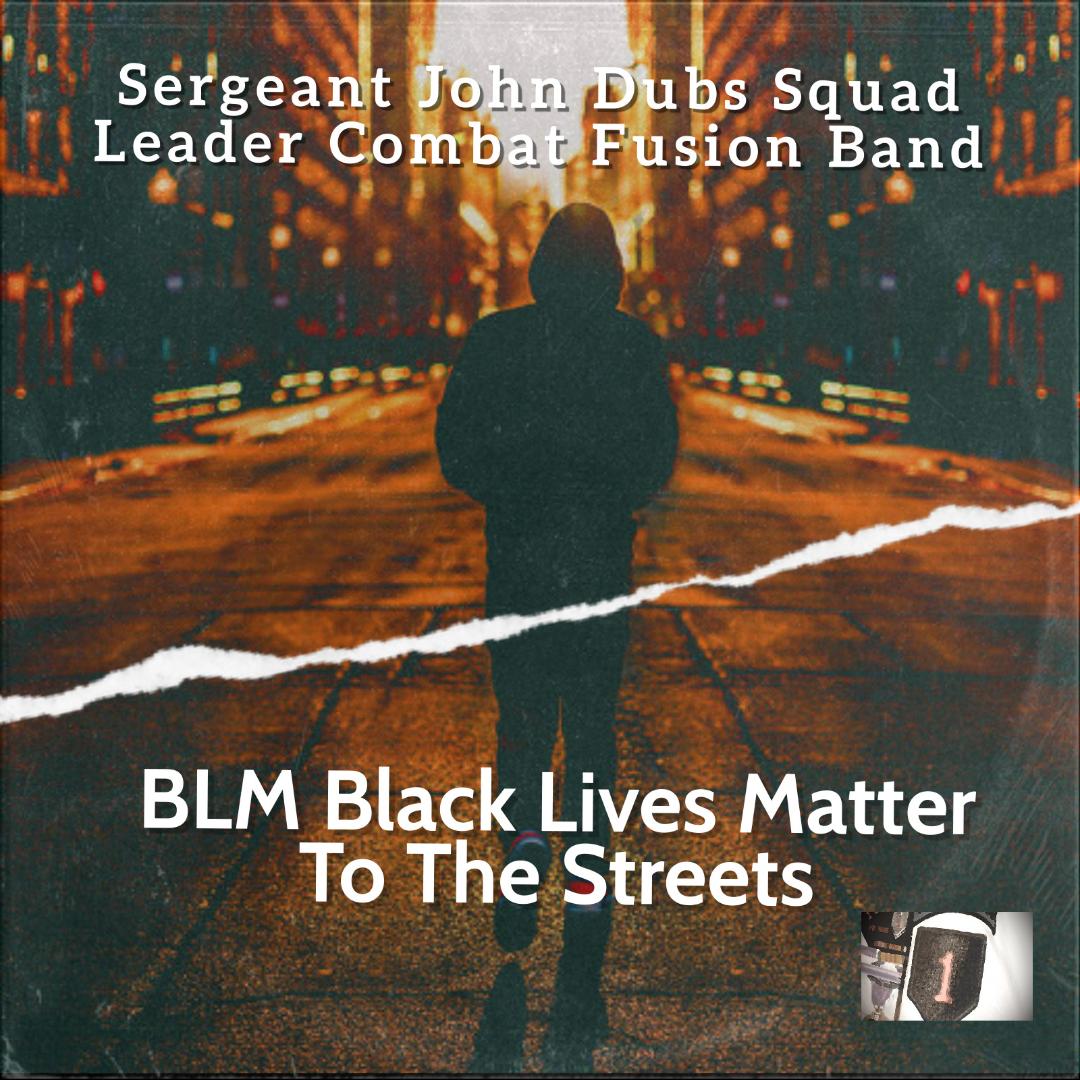 Chicago musician Johnny Dube, a tireless advocate for humanitarian causes brings a message of peace, hope and healing through music.
CHICAGO - Michimich -- Chicagoan and former Army Sergeant Johnny Dube brings a life's experience of writing, producing, engineering and playing music as evidenced by his latest music tribute, a song titled "BLM Taking it to the Streets."

A 75-year-old combat veteran of the Vietnam War, Dube served with the 1st Infantry Division, aka "The Big Red One," in the Tay Ninh Province of South Vietnam. He was awarded a Purple Heart as a result of combat engagements in South Vietnam before heading back to Chicago to resume his musical career and fulfill a lifelong dream of owning and running his own jazz nightclub.

John became passionately interested in the Black Lives Matter Movement  following the controversial shooting of an unarmed Trayvon Martin in Florida.  Unfortunately he was sidelined with debilitating health issues due to complications from exposure to Agent Orange, a toxic defoliant heavily used in the jungles of Vietnam during the war.

More on Michimich.com
The resurgence of civil unrest and protests resulting from the George Floyd killing by police in Minneapolis earlier this year and in the face of the COVID-19 virus, hundreds if not thousands of people nationwide of all races, colors and religions are bringing attention to the unjust ways many minority communities of this country are treated.

It is John's hope that America can continue to come together with a better understanding of each other, not unlike what he experienced in Vietnam as a young soldier serving in an integrated military unit with men of many races and colors in less than desirable conditions.

John believes that as a nation we have not always lived up to our professed values of equality as many of our minority combat brothers and sisters have been treated as second class citizens, far too long, and a profound number of minorities have sacrificed much, not to mention those who have made the "Supreme Sacrifice." It is indeed time for all Americans to come together for the good of the nation, as one, regardless of the color of our skin."

More on Michimich.com
John's music,  "BLM Taking it to the Streets" is a work of love and passion from life experiences in which he hopes to help the Black Lives Matter movement in a clarion call for all Americans to understand the plight of not only the BLM movement but all minority communities as well in order to form that "more perfect union" envisioned by our forefathers nearly 250 years ago.