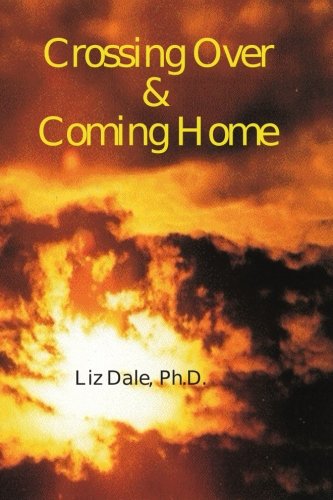 LGBT and non-gay near-death experiencers invited to participate in survey of NDE aftereffects
SAN PABLO, Calif. - Michimich -- Clinical psychologist and author Liz Dale is asking anyone — but especially those in the LGBT community — who has had a near-death experience (NDE) to participate in an online survey regarding the experience and its consequences. Survey results will inform a groundbreaking study and a new book to be published by Balboa Press, a division of Hay House. The survey is live now at www.lizdale.com/survey.html.

Dale's official site (www.lizdale.com) has become an important resource for those with academic or personal interests in the NDE phenomenon. It includes access to five free NDE books in ebook format to download, as well as links to LGBT-focused articles on Amazon.com, Wikipedia and Google, among other information repositories. Dale anticipates that her new survey will make important contributions to the literature, as well as pave the way for future investigations.

More on Michimich.com
The forthcoming book on NDE aftereffects will not be Dale's first. In 2000, she published "Crossing Over and Coming Home: Twenty-One Authors Discuss the Gay Near-Death Experience as Spiritual Transformation" (Emerald Ink Publications, 2000) Another research named Pamela Kirsher, M.D., author of the NDE book "Love Is The Link," had this to say about Dale's book:

"People in the gay community have been close to death on so many occasions since the onslaught of the AIDS epidemic that they have become the natural experts on NDEs in our time. Because they not only had NDEs themselves, but are also surrounded by other people who have had NDEs. These communities are becoming a prototype of what communities might be. We are acutely aware of our own mortality and live from the values learned in an NDE. Dr. Liz Dale's compilation of NDE stories from the gay community is a welcome and timely addition to the NDE literature. Her research into NDEs in the gay community is groundbreaking."

More on Michimich.com
The International Association for Near Death Studies is sponsoring a complementary NDE study. Interested parties can learn more at www.iands.org.

Liz Dale, Ph.D. is a clinical psychologist whose expertise is near-death experience (NDE) research within the LGBT community. Upon learning that no such research existed, she contacted the LGBT community over a two-year period and published her findings in a groundbreaking book entitled, "Crossing Over and Coming Home" (Emerald Ink Publications, 2000).