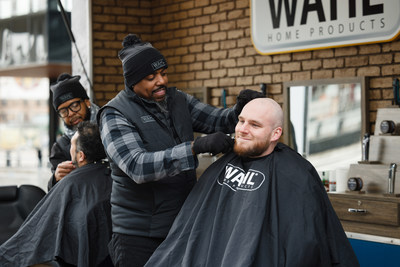 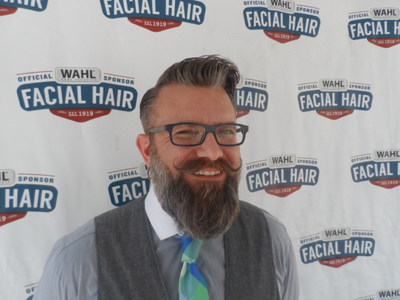 For every FREE beard trim at mobile barbershop, men's grooming leader Wahl will donate $100 to the Detroit VA Medical Center

STERLING, Ill., May 10, 2022 /PRNewswire/ -- Detroit native and Navy veteran Jason Heien earned ultimate beard bragging rights when his whiskers won him the national title of 'Wahl Man of the Year' in 2018. Since then, Heien and his beard have been keeping busy, donating time and money to several organizations dedicated to supporting his fellow veterans — including the Detroit VA Medical Center. In honor of his good deeds, and in conjunction with Wahl's mission to make the world a better – or bearder – place to live, Wahl will be parking its mobile barbershop outside the medical center during its VA2K Walk & Roll event, which includes a two-kilometer trek around the facility, on Wednesday, May 18, 2022, from 10 a.m. – 2 p.m. (eastern). Veterans, along with their facial-haired family and friends, are invited to visit the barbershop; and for every FREE beard trim Wahl will donate $100 to support the Detroit VA Medical Center in its efforts to provide services to homeless and in-need veterans.

"The graphics on our mobile barbershop say it all — Wahl's goal is to 'Make the World a Bearder Place'," said Steven Yde, division Vice President for Wahl. "What does that mean? This year we're traveling the country and visiting past 'Wahl Man of the Year' winners — like Jason — who are doing good in the world; and we're celebrating them by hosting beard grooming events that will further support their charitable efforts. Along the way, we'll be looking for another bearded do-gooder to be named our next 'Wahl Man of the Year.'"

According to Heien, "This event is a great way to show appreciation for the men and women who have sacrificed so much to guard, protect and fight for our freedom. I'm thrilled to partner with Wahl in supporting the Detroit VA Medical Center's mission to give veterans a fresh start."

Who will be the next 'Wahl Man of the Year'?

For the last 15 years Wahl's been doing annual contests to find the 'Wahl Man of the Year.' Over the years the contests have differed, but the prize-winning moniker has remained the same. This bearded brotherhood of 'Wahl Men' is full of fantastic facial hair, but it's also full of interesting men, doing interesting things to make the world a better place. So, when it came time to find the next 'Wahl Man of the Year,' the benevolent acts of past winners like Jason Heien inspired this year's Wahl 'Benevolent Beards' Contest.

More on Michimich.com
Men with beards have until June 6, 2022, to submit a video of themselves either explaining or demonstrating how they support a charity on the contest entry page at https://bit.ly/BenevolentBeards, they can also get to the page by visiting the @WahlGrooming Facebook or Instagram pages. What kind of charity? As long as it's a 501(c)(3) organization with a goal to impact the world positively, all charities will be considered. So whether you're an animal advocate or helping humans, you have the chance to put your good grooming toward goodwill.

More on Michimich.com
About Wahl Grooming

Celebrating its 103rd anniversary, Wahl continues to help men look and feel their best with innovative products manufactured to define and elevate the men's grooming category. The company set the standard with the first-ever practical electric hair clipper in 1919, and later strengthened its leadership with the world's first battery-powered facial hair trimmer. Wahl crosses its centennial milestone by introducing a complete line of personal care products including a beard oil, shampoo, and body wash. It's this continued commitment to excellence that has solidified Wahl's place as the world's go-to brand for men's grooming solutions. For more information, visit WahlUSA.com.

About the Detroit VA Medical Center

Since 1939, the John D. Dingell VA Medical Center has been improving the health of the men and women who have so proudly served our nation. In 1996, the medical center moved from Allen Park, Michigan to the current location on John R. in Detroit. Known as one of the newer VA facilities in the country, we consider it our privilege to serve the health care needs of our Veterans. Services are available to more than 330,000 Veterans living in Wayne, Oakland, Macomb, and St. Clair counties. This population represents approximately forty-four percent of the Veteran population in the lower peninsula of Michigan. For more information, visit www.va.gov/detroit-health-care