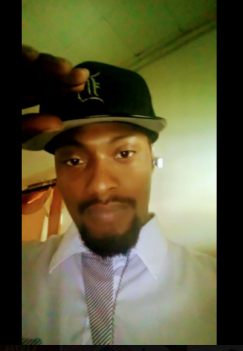 Political rock-rap artist Eric Layton's 'Feel No Fear' video lists names of victims, calls for end to corruption
SAGINAW, Mich. - Michimich -- A local political rap-rock artist has dropped a new single this week turning the spotlight on police brutality by saying aloud the names of the victims of police violence over the years.

"Feel No Fear" Tribute Song by Impek features indie artist Eric Layton, AKA "Elayt," and was produced by God Eli Beats. The video, which lists the names of police violence victims starting with Freddie Gray and ending with George Floyd, was written and directed by rap-rock indie artist Eric Layton. The verses pay tribute to those murdered and to their living family members.

Layton said he used a metaphoric style of writing in creating the lyrics for Feel No Fear. His reference to "tear gas and heat seeking bullets" isn't a call for physical violence; rather, these bullets are a metaphor for the actions of a new class of political and judicial leaders standing against corrupt laws, codes, and statutes while turning a blind eye to the murder of people of color.

More on Michimich.com
"These metaphorical bullets will bust through the walls of corruption and oppression being held up for generations in America," Layton said. "By tearing the walls down, we will find true independence as we have been instructed by the Founding Fathers of the U.S. We are saying as loudly as Patrick Henry, 'Give me liberty or give me death.'"

According to Layton, the fear he one once felt as a young man of African Descent living in the U.S  has now morphed into a raging urge to protect the very life he was afraid of living.

"I am fighting for the air I was so afraid of breathing," he said. "My fight employs weapons of words to fight in the political and judicial realms to change the course of history."

Latyon's long-term vision is to use business and the arts to build an incubator to empower black Americans to build better lives while seeking justice and equity for their community.

View the video for Feel No Fear, which contains explicit contents that may be considered offensive, at https://youtu.be/et3W7r94MXY.